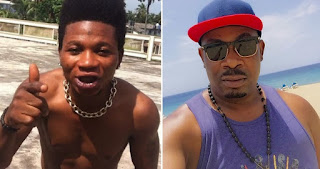 Self acclaimed Nigerian best rapper Vico has threatened to drop a diss track that will surprise Don Jazzy if the Mavin record boss does not agree to work with him.
Vico, who has been away from the music scene for a while, tweeted at Don Jazzy yesterday, telling him he’s a big fan and will like to work with him. He gave him a one-week ultimatum to reply his tweet otherwise there will do a diss track targeted at the record producer. 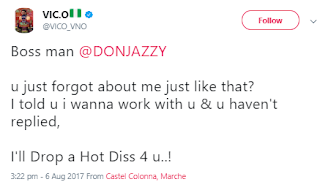 So far, Don Jazzy is yet to reply and Vico is counting down already. Six days left. What will it be – a collabo between both of them or a diss track? Time will tell. 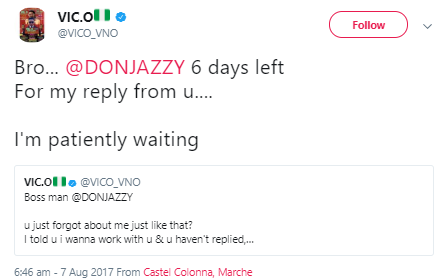