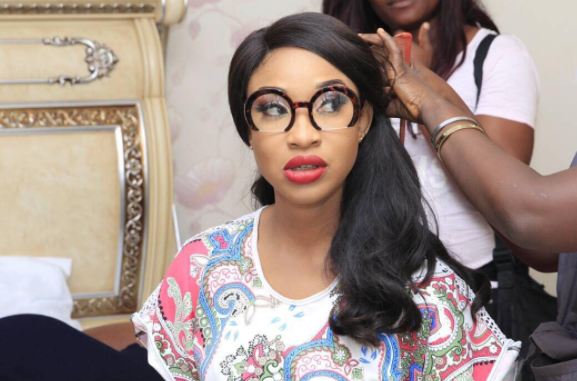 Nollywood actress, Tonto Dikeh’s first marriage may have crashed. That doesn’t mean she has given up on love or marriage.

Speaking to Premium Times she said:
“Love is a beautiful thing and love is exquisite. So, of course, I will remarry once I find true love.”

On her acting career, she said,
“I was off the scene for a long time but I returned with a bang. I stared in a yet to be released film titled Celebrity Marriage and it will be out soon. I’m all fired up because I’m involved in the movie. I don’t want to be involved in the acting like I used to be in the past. I have shot a film in a day, in the past but not any longer. I’m not looking for popularity so I am just trying to stay relevant by starring in very few quality movies. My family proposes that I shoot five quality movies in a year. I think three good movies in a year is fair enough. And that is what I have been looking for. That way, I can have time for my child and other people because I’m not just a mother of one but I am a mother of nations”

On her glow, she said
. “Well, firstly I am born again and when you have God, you just radiate. So all the glow is from within; you don’t fake God’s glow. You also can’t fake God’s glory because it overwhelms you. I don’t know how to say what I want to say but when God steps into a situation or your life he elevates you and makes you see things in a different light. So, the glow you see is all God. I am a radical for Christ”