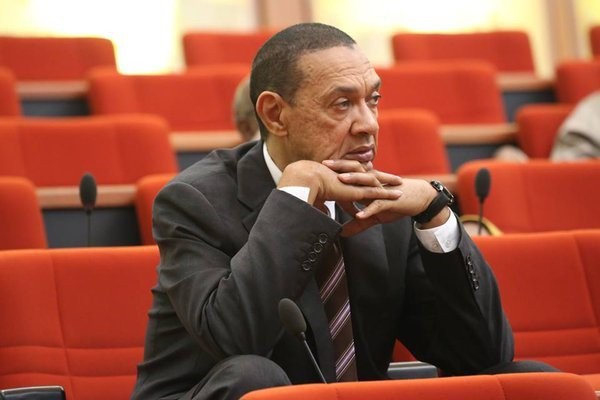 Senator Ben Murray-Bruce cares less whose @ss is gored when the truth needs to be told.
In a series of tweets earlier today, Mr Bruce says ‘In 2017, our projected population growth is 2.6% while our projected economic growth is 0.8%. We MUST stop producing more babies than jobs’.

A certain follower’s tweet caught his attention to which he also replied.

The follower tweeted:
‘create the jobs so we’d have no time to create the babies!’

And he responded:
‘Really? So the 1050 jobs God used me to create through the Silverbird Entertainment Group don’t count?’. 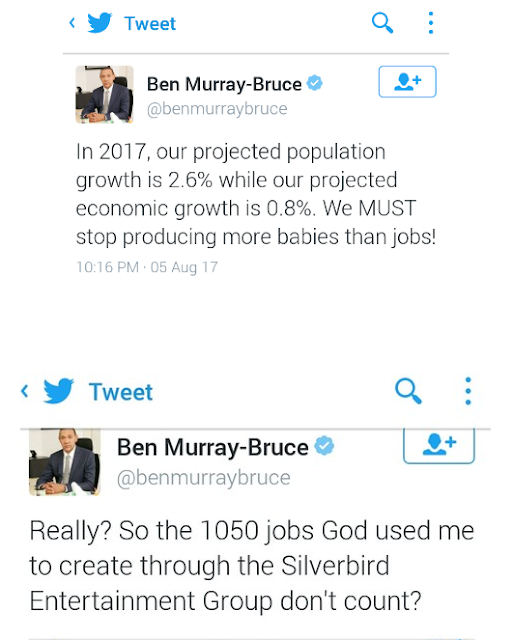 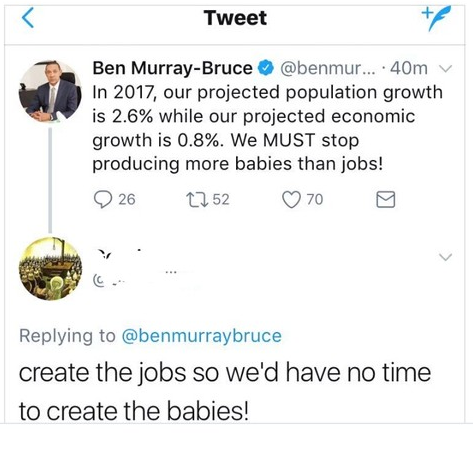