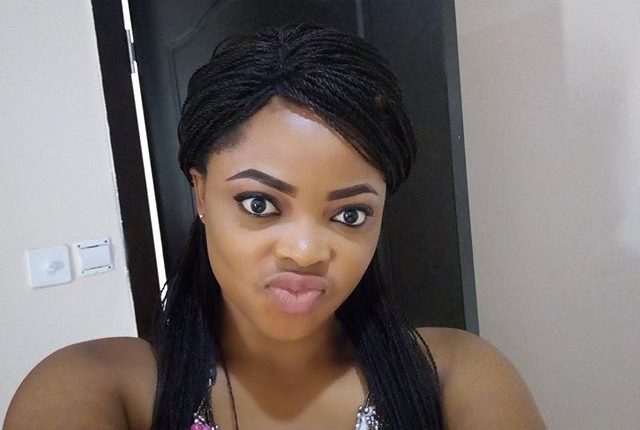 Nollywood actress, Juliana Olayode better known as Toyo Baby of Jenifa’s Diary has given reasons she lied about her virginity.

In her book, “Rebirth” she had stated that she gave away her virginity to her married music teacher at 17.

This is coming after she had in different interviews claimed she was a virgin.

Her fans on social media have since the latest revelation called her several names.

Before now, everyone believed Juliana was a virgin as she had said on several occasions.

But in the same book, she explained how she confessed to her foster father, Timi Adigun and his wife after they all thought she was a Virgin.

Toyo Baby wrote, “However, the fact that I had confessed to TiTiMi Adigun did not mean the world now knew. People had @ssumed I was a virgin. I had never said I was but I had never corrected their @ssumptions either. So, I was still in that fix.

“Shortly after my confession, Ebony Life TV called me for an interview. I went and for the first time in my several interviews, I was asked point blank if I was a virgin. I tried to evade the question, but my interviewer was not having it. She demanded for a yes or no. I did not see the question coming and I lied. I said, ‘Yes, I am a virgin.’

“Immediately the interview was over, I hurried to the bathroom in the studio and cried. I felt terrible for lying and told God I was sorry. I called Dee on my way home and confessed my wrong. I explained further when I got home.

“The next thing he said shocked me. He said, ‘Call her and confess the truth. Ask for a rescheduling of the interview; do it again and undo your mistake.’