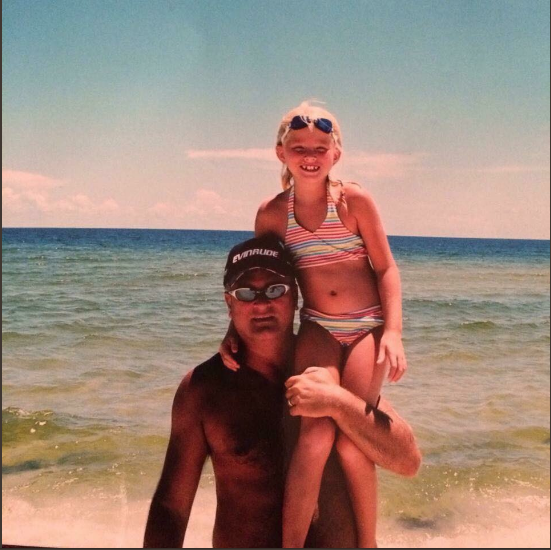 Bailey Sellers was 16 when her dad died of Pancreatic Cancer but in a display of fatherly love even beyond the grave, he never missed sending her a birthday message each year.

The East Tennessee University student shared the amazing story of how her late father Michael had consistently sent flowers and a birthday note every year for the past 5 years.

Bailey’s story went Viral after revealing that before her father died when she was 16, he made arrangement for flowers to be delivered to her with a note for the past five years. Now that she was 21, she had received the last note her father would be sending her and she was heart broken. 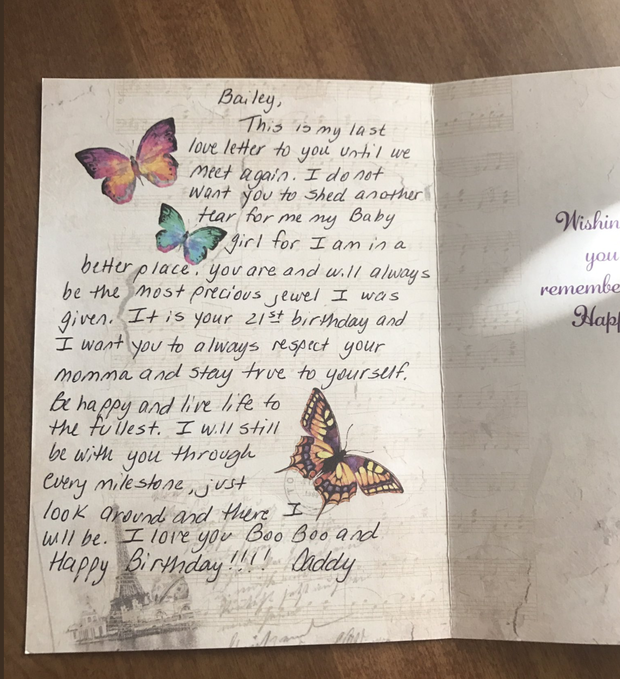 She had started receiving the messages when she turned 17 and the first note informed her that should get the flowers and a note till she turned 21.

After sharing her story on Twitter, it went viral getting 1.5 million likes and 370,000 retweets. Many were touched by her story and have reached out to her in a show of support.

In his last note to her, Bailey’s father [email protected] her that he was in a better place and he wanted her to be happy.