Yvonne Nelson spoke out on her new baby for the first time in a WOW Magazine exclusive which she released to coincide with her birthday last Sunday, November 12, and in that interview, painted a rosy picture of the man whose baby she’s having – although that looks far from the truth now.

Yvonne’s baby father, Jamie Roberts is allegedly still married and the wife’s identity has been unveiled and you can see he has a type.

According to sources, the Nigerian wife is Keela Harrison who is a fashion model and Journalist. If you recall, Yvonne Nelson’s man is a photographer based in London. 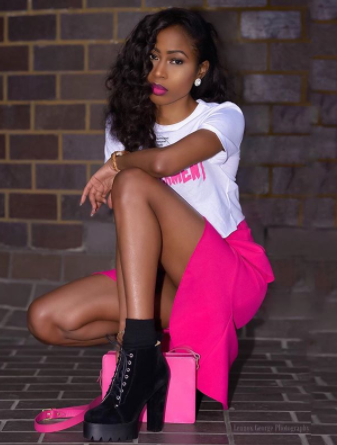 Jamie, the London based photographer who knocked it straight in for Yvonne, has been exposed by his current, legal wife who is in the midst of divorce proceedings with him.

According to Jamie’s legal wife, Yvonne met him through her as she wanted slimming pills and followed her (the wife) on Instagram. Through her she became acquainted with the husband and later snatched him away. Keela says there has not been any divorce yet,the reason why he could not marry Yvonne.

Here’s a photo from Keela and Jamie Roberts wedding back then, indicating that indeed the two got married in London: