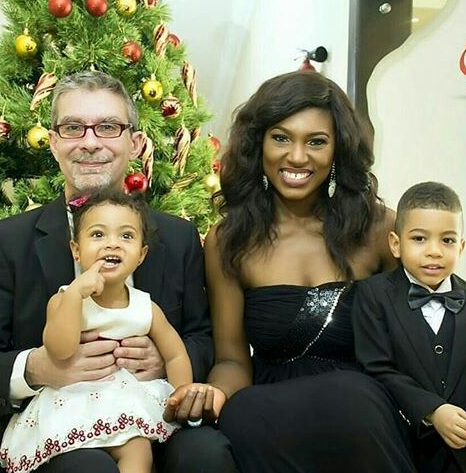 Not too many people marry outside their culture because Nigerians believe so strongly in marrying within their cultural spheres. Sometimes, there are exceptions and these Nigerian celebrities have proved this.

Some female celebrities however are into marriages with white men and they appear to be making a success out of it.

Below are 7 celebs who have white husbands.

The lovely actress is married to Steven McDermott. She officially changed her name to Ufuoma McDermott on May 23, 2014 at a Lagos high court. Ufuoma and Steven McDermott have two children: son Isio Jared (born 10 October 2012) and daughter Kesiena Alize.